Plus: Their bionic eyes are now obsolete and unsupported.

The Healthtech Times is a weekly newsletter covering healthtech news from Canada and around the globe. Subscribe to H|T using the form at the bottom of this page to ensure you don’t miss out on the most important healthtech news every week!

LifeSpeak to acquire digital fitness platform Wellbeats for up to $117.9 million CAD (BETAKIT)

LifeSpeak is also funding the acquisition through subscription agreements with a group of investors led by Beedie Capital, with Scotia Capital Inc. and Roth Canada and ULC as agents. 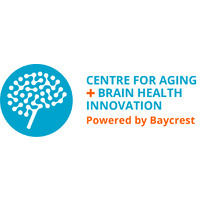 Are you part of an early-stage Canadian healthtech or fintech startup in the aging and brain health space? Benefit from up to $300,000 with CABHI’s MC² Capital.

Applications are now open for the Centre for Aging + Brain Health Innovation (CABHI)’s MC² Capital, in partnership with National Bank. This first-of-its-kind investment program not only gives you access to capital; it opens doors to new buyers, customers, international markets, subject matter experts, and our global innovation partners.

Companies can also access additional investment of up to $300,000 from the Ontario Brain Institute, up to $150,000 from Innovacorp, and business financing from Clearco.

Learn more and apply by March 1.

Medical device maker Meihua International Medical Technologies Co. priced its initial public offering at the mid-point of a marketed range, the first China-based company to list in the U.S. since July after Didi Global Inc.’s IPO sparked a regulatory backlash.

The direct-to-patient startup has seen over 1.5 million patients in the past five years — more than 500,000 new patients in the last year alone — and facilitated over 8 million virtual visits.

As companies globally face the Great Resignation or Great Reshuffle, building inclusive workspaces is necessary to not only fill staffing gaps but also stem the tide of resignations within your organization.

The financing comes on the heels of a $125 million raise from October.

New report on Canadian venture, private equity landscape shows firms failing when it comes to inclusion side of D&I (BETAKIT)

Based on a Diversio survey of 413 individuals, the number of women venture capital (VC) investors has increased since 2019, but still make up less than 20 percent of all partners in Canada.

Clarissa Desjardins’ Congruence Therapeutics has secured $63 million CAD for its platform, which designs novel small molecules that can speed up drug discovery for rare diseases. The Series A round was led by Amplitude Ventures and Fonds de solidarité FTQ, in Amplitude’s third bet on Desjardins.

Their bionic eyes are now obsolete and unsupported (IEEE SPECTRUM)

Second Sight left users of its retinal implants in the dark.

Internal documents show Cerebral has a strict protocol for refunds, and customers say the company resists when they seek repayment for services not rendered – until they pull out the big guns.

Obvious Ventures, Amgen Ventures, Amplitude Ventures, and Air Street Capital also participated in the round. A spokesperson told BetaKit that the $40 million raised is Gandeeva’s total funding to date.

The new regional fund will target the Middle East and North Africa region.

Don’t forget to subscribe to The Healthtech Times using the form below to make sure it hits your email inbox every week!