Plus: Amazon confronts pandemic costs and raises the price of Prime.

The Retail Times is a weekly newsletter covering retail tech news from Canada and around the globe.

Subscribe to R|T using the form at the bottom of this page to ensure you don’t miss out on the most important retail tech news every week!

In an interview with BetaKit, RenoRun co-founder and CEO Eamonn O’Rourke spoke about where the startup fits into the building materials market, and the opportunity to take the “back office-running of a construction project off of the contractor’s hands” through a platform that includes a FinTech product. 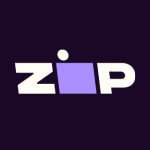 Upgrade your sports fan essentials with Zip at Fanatics! Shop online with Zip at check out and pay in four interest-free instalments. With no hidden fees, no credit impact, and instant approval, you’ll have your new swag just in time to gear up for Super Bowl Sunday!

Learn more about the payment platform and Zip all the gear from your favourite team!

Following his fiery Twitter tirades, Bolt founder Ryan Breslow is no longer CEO — and he says it’s his choice (TECHCRUNCH)

Bolt — which earlier this month decided to give employees a four-day work week permanently — has raised nearly $1 billion altogether to date.

Lightspeed founder Dax Dasilva has stepped down as CEO, becoming executive chair. The company’s board has appointed president JP Chauvet as his replacement. The shuffle comes after Lightspeed’s share price has dropped more than 75 percent over the last six months from its September peak following short-seller attacks, low revenue guidance, and general tech stock malaise.

A freight technology company that leverages automation to help customers price, book, and ship goods, Loadsmart has announced that it raised $200 million in series D financing at a $1.3 billion valuation.

Montréal-based travel booking startup Hopper has a new $5 billion USD valuation after a $35 million secondary sale that allowed Hopper employees and some shareholders to sell part of their holdings in the company. The new valuation comes less than six months after Hopper raised $175 million in Series G financing at a $3.5 billion valuation.

The filing decimated the stock price of the company, which trades under the ELMS ticker symbol on Nasdaq.

The report, released last week by University Canada West, gathered opinions and insights from industry participants on how academia and industry can collaborate to fill the current gaps in BC’s workforce.

Revenue rose to a record $137.4 billion, just slightly under forecasts.

The Turkish ultrafast startup, valued at $7.7 billion, faces heated competition in the US from Gopuff, Gorillas, DoorDash, and Buyk.

Migrants faced the worst of the gig economy, so they made their own delivery app (REST OF WORLD)

Turpi, an Ecuador-based platform, hopes to connect and organize the Venezuelan diaspora in a way no other social development scheme has before.

Don’t forget to subscribe to The Retail Times using the form below to make sure it hits your email inbox every week!